ELMIRA, NY – The Southern Tier Tobacco Awareness Coalition (STTAC) and local Reality Check youth leaders were at the Capitol February 4, 2020, talking with lawmakers about the success of the state’s Tobacco Control Program at lowering the average smoking rate to 12.8% and about the unmet needs in tobacco control efforts, particularly among youth and certain communities.

“Successfully reducing the average adult smoking rate to 12.8% in New York State is a significant achievement, but new and emerging nicotine products—like e-cigarettes—could reverse the substantial gains we’ve made in reducing smoking,” said Michelle Larimore, Community Engagement Coordinator with STTAC. “We know that marketing attracts youth to e-cigarettes, and flavors are what gets them to try them. Nicotine is what keeps them addicted. In our community, we have adult smoking rates that are significantly higher than the State, with Chemung at 25.9%, Schuyler at 19%, and Steuben at 22.6%.”

“Preventing and reducing tobacco use are the most important public health actions that can be taken to improve the health of New Yorkers. We’ve succeeded in reducing the state’s average adult smoking rate, but the primary unmet need of tobacco control is reducing smoking-related burden on certain groups that use tobacco at higher rates, such as those living with frequent mental distress, adults enrolled in Medicaid, and adults who are unemployed, where some smoking rates are double the state average,”i said Dawn Bush, Public Health Program Coordinator with the Chemung County Health Department.

The Costs of Tobacco Use in New York State
Annual health care costs directly caused by smoking in the state are $10.39 billion. This expense results in a tax burden of $1,410 for each household every year.vi There are 28,200 deaths in New York State each year due to smoking, and thousands who are living with illnesses related to tobacco use.

While at the Capitol, local youth members of Reality Check spoke with lawmakers about work being done in their local communities, and led them through an interactive display in The Well of the Legislative Office Building, revealing the true facts behind Big Tobacco’s misleading marketing.

Amber Updike, Reality Check youth leader said, “Legislative day was such an amazing experience! We were able to show the legislators some of what we have been working on in the community and educate them on all of our tobacco prevention initiatives.”

The NYS Tobacco Control Program is made up of a network of statewide contractors who work on Advancing Tobacco-Free Communities, which includes Community Engagement and Reality Check, the Health Systems for a Tobacco-Free NY, the NYS Smokers’ Quitline. Their efforts are leading the way toward a tobacco-free society. For more information, you can call STTAC at 607-737-2858 or visit TobaccoFreeNYS.org. 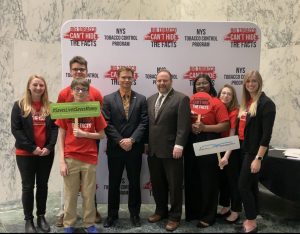 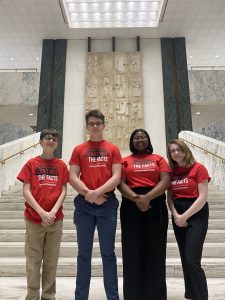 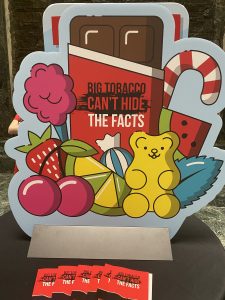 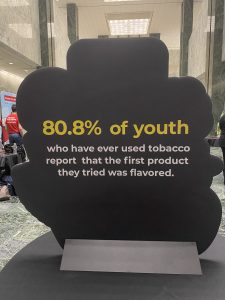